Pay the Devil in Bitcoin: The Creation of a Cryptocurrency and How Half a Billion Dollars of It Vanished from Japan (Kindle Single) por Jake Adelstein 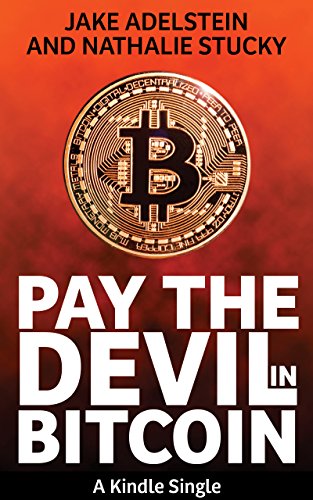 Jake Adelstein con Pay the Devil in Bitcoin: The Creation of a Cryptocurrency and How Half a Billion Dollars of It Vanished from Japan (Kindle Single)

Even in hell, bitcoin talks. This modern take on an old Japanese saying still holds true. The cryptocurrency was supposed to do for money what the Internet did for information, but it didn’t work out that way. Its virtual existence unleashed real-world chaos—especially in the homeland of its mysterious creator, Satoshi Nakamoto. Tokyo was the center of the world’s largest bitcoin exchange, Mt. Gox, until that company collapsed with nearly half a billion dollars’ worth of bitcoin gone missing. It might be the greatest heist in history. If it was a heist.

So what really happened? Here’s the true story of the humble-to-hot commodity, from the former geek website that launched the boom to an inside world of absent-minded CEOs, hucksters, hackers, cybercrooks, drug dealers, corrupt federal agents, evangelical libertarians, and clueless techies. You’ll discover bitcoin’s connection to the infamous Silk Road, learn why hell has nothing on Japan’s criminal justice system, and get the lowdown on the high cost of betting with the devil’s dollars. All of this for less than the price of a single bitcoin.

ABOUT THE AUTHORS
Jake Adelstein has been an investigative journalist in Japan since 1993. Considered one of the foremost experts on organized crime in that country, he works as a writer and consultant in Japan and the United States, writing for the Daily Beast, the Japanese economic monthly ZAITEN, and other publications. He has served as a special correspondent for the Los Angeles Times and is the author of Tokyo Vice: An American Reporter on the Police Beat in Japan (Vintage), which has been translated into twelve languages, and Operation Tropical Storm (Kindle Single).

Nathalie Stucky is a freelance journalist in Tokyo and Europe. She was an assistant correspondent for the Japanese news agency Jiji Press in Geneva and contributed to the book Reconstructing 3/11. She has written for the Daily Beast, the Los Angeles Times, and several French publications.